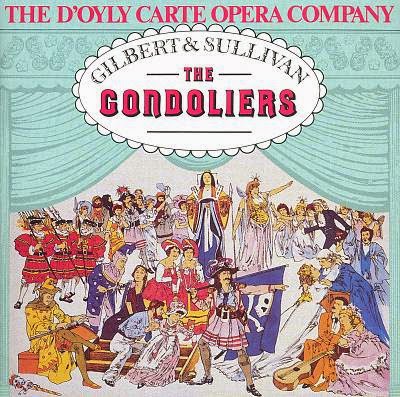 As a part of the "A Downton Abbey Affair" Gala
the Lincoln Choral Artists will present on Jan.25 we are performing the Finale from Gilbert and Sullivans "Gondoliers."

The text is very interesting, as is usual with Gilbert and Sullivan.


"The story of the opera concerns the young bride of the heir to the throne of the fictional kingdom of Barataria who arrives in Venice to join her husband. It turns out, however, that he cannot be identified, since he was entrusted to the care of a drunken gondolier who mixed up the prince with his own son. To complicate matters, the King of Barataria has just been killed. The two young gondoliers must now jointly rule the kingdom until the nurse of the prince can be brought in to determine which of them is the rightful king. Moreover, when the young queen arrives to claim her husband, she finds that the two gondoliers have both recently married local girls. A last complicating factor is that she, herself, is in love with another man.
The Gondoliers was Gilbert and Sullivan's last great success. In this opera, Gilbert returns to the satire of class distinctions figuring in many of his earlier librettos. The libretto also reflects Gilbert's fascination with the Stock Company Act, highlighting the absurd convergence of natural persons and legal entities, by setting the work comfortably far away from England, Gilbert was emboldened to direct sharper criticism at the nobility and the institution of the monarchy itself."- Baily, Leslie (1967). The Gilbert & Sullivan Book. London: Spring Books. Second edition, second impression

Some of the more interesting parts of text from the Finale include these words, I have included some definitions, but as is typical the sound of the words or their lack of regular usage are what make it enjoyable in the music.

Cachucha is a Spanish solo dance in 3/4 to 3/8 time, similar to Bolero. Cachucha is danced to an Andalusian national song with castanet accompaniment.
Fandango is a lively couples dance from Iberia, usually in triple metre, traditionally accompanied by guitars and castanets or hand-clapping ("palmas" in Spanish). Fandango can both be sung and danced. Sung fandango is usually bipartite: it has an instrumental introduction followed by "variaciones".
The bolero is a 3/4 dance[3] that originated in Spain in the late 18th century, a combination of the contradanza and the sevillana.[4]Dancer Sebastiano Carezo is credited with inventing the dance in 1780.[5] It is danced by either a soloist or a couple. It is in a moderately slow tempo and is performed to music which is sung and accompanied by castanets and guitars with lyrics of five to seven syllables in each of four lines per verse. It is in triple time and usually has a triplet on the second beat of each bar. In Cuba, the bolero is usually written in 2/4 time, elsewhere often 4/4. The tempo for dance is about 120 beats per minute. The music has a gentle Cuban rhythm related to a slow son, which is the reason it may be best described as a bolero-son. Like some other Cuban dances, there are three steps to four beats, with the first step of a figure on the second beat, not the first. The slow (over the two beats four and one) is executed with a hip movement over the standing foot, with no foot-flick.[21]

Manzanilla is a variety of fino sherry made around the port of Sanlúcar de Barrameda, in the province of Cádiz, Andalusia (Spain). In Spanish, chamomile tea is called "manzanilla", and thus this wine gets the name because the wine's flavour is said to be reminiscent of such tea.

The sherry is manufactured using the same methods as a fino and results in a very pale, dry wine. In addition, the sherry is often described as having a salty flavour, believed to develop from the fact that it is manufactured on the sea estuary of the Guadalquivir river.

Montero- a wine variety named after
a round cap with a flap at the back worn by hunters, esp in Spain in the 17th and 18th centuries, 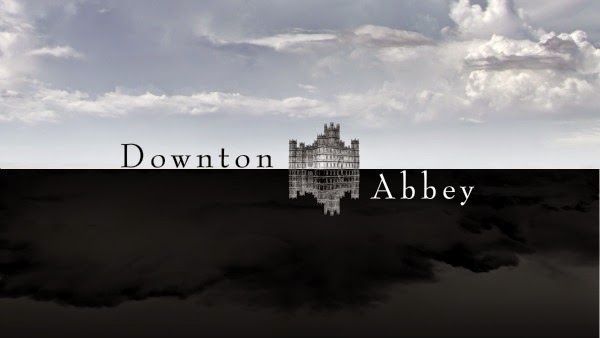 So what is it about Downton Abbey that makes it so popular? I am a huge fan myself. I was so excited to watch the Season 5 premiere on Sunday. I had to tell a friend not to give anything away as she lives in the UK and finished the season nearly a year ago.

Very few television shows have the mix of elements that Downton uses. Including the music.


A few years ago, a vocal version of the Theme music was written. I have taken this text as well as the melodic and rhythmic overtures of Downton's now immediately recognizable tune and set it for SATB choir and piano. We will make the premiere performance of the music at our Gala Event! 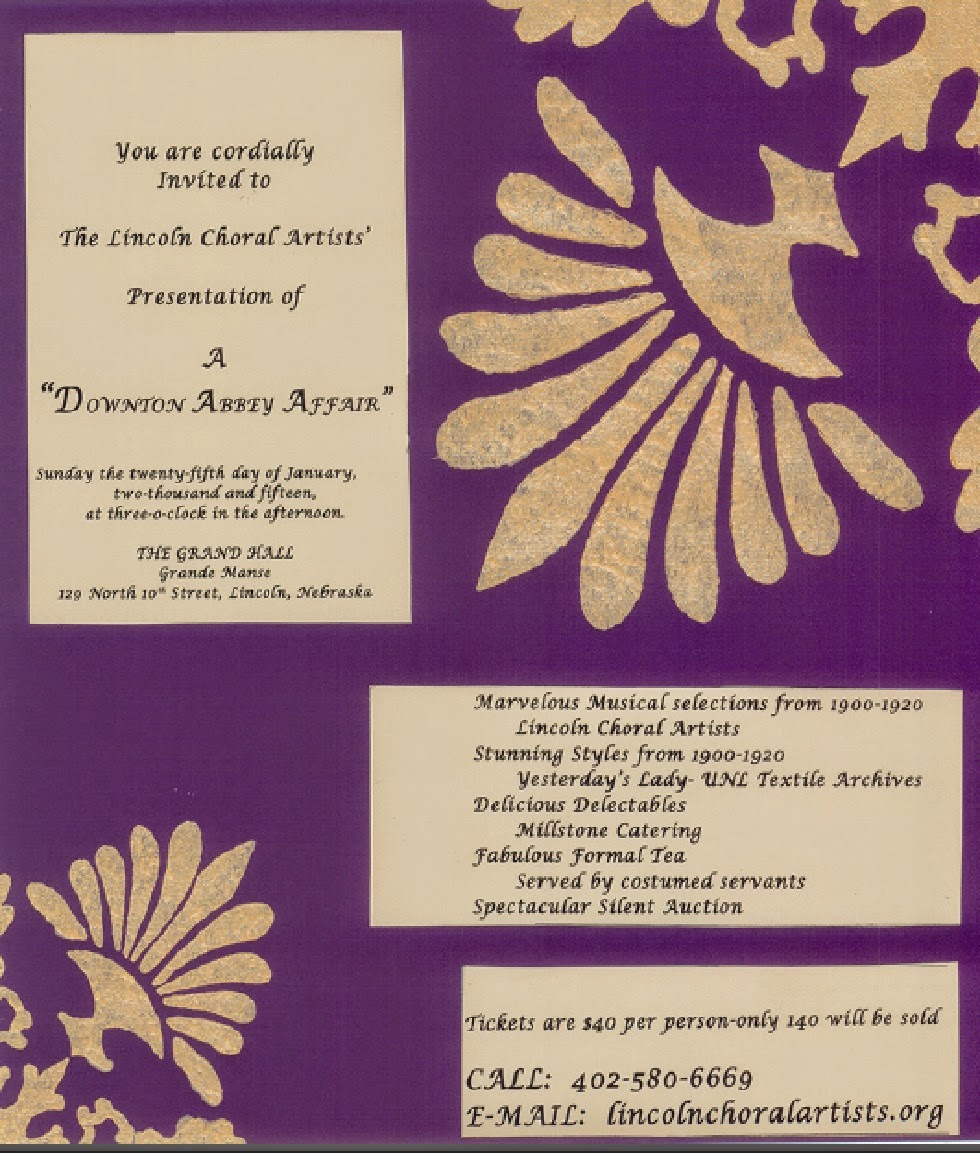 In the spring for our Final concert of the season we will also perform this selection with strings and piano. 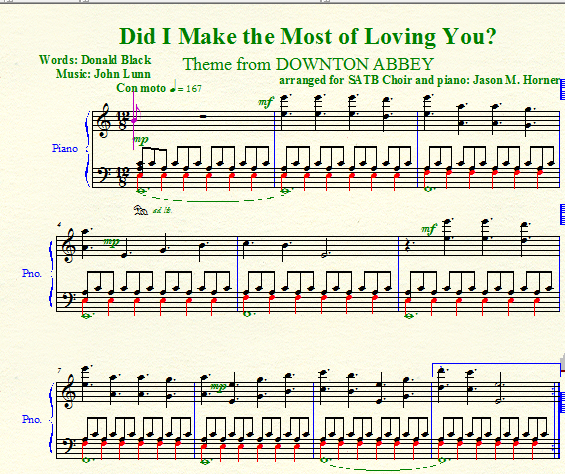 Come and join us in our upcoming endeavors as we invoke the expectation and glamour of Downton Abbey!