I am such a detail person. I just wish I was as organized as I am detailed. You'd think those would be mutually exclusive. But somehow I manage to keep lots of details in my head, but don't necessarily get them all out on  paper, communicated clearly, or planned to avoid conflicts. 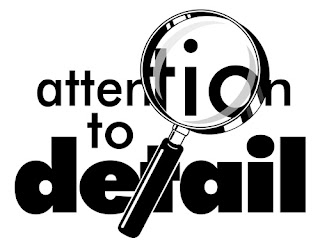 So I am currently finishing up my program notes for Beethoven and Brahms, communicating with our host location, St. Mark's On the Campus, emailing furiously our guests musicians, finalizing details for piano deliveries, and on and on and on....

I'm not complaining, in fact I'm reveling! The work of getting a performance up and off the ground is exciting to me. I know that I have colleagues who don't enjoy this kind of detail work and yet they pull off the most incredible performance events. We all work in different ways, but hopefully our goals are similar. We want to inspire, inform, and entertain our audiences. We want great  and memorable experiences for our singers and musicians. We want to come off the podium exhilarated and hopeful for the future!

So my personal goals are to slow down a little, keep focused on the big picture needs for our upcoming concert, communicate clearly and thankfully to everyone involved, and come away with a greats sense of joy! Now I just gotta figure out how to do all that!
Posted by Lincoln Choral Artists, Artistic Director at 2:20 PM No comments: 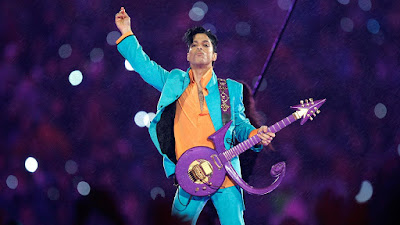 Well when I was considering topics to write about for today's blog I never expected it would be about the death of a pop icon. The pop music world lost a huge figure today, Prince died at 57 years old at his estate in Chanhassen, MN, Paisley Park.

Why would I, a choral director choose to write about this musician? First of all I am a fan. I am a Minnesotan. And I can truly say I have been and continue to be inspired by his musical genius. I have spent most of my professional career in the choral world, or some would say "classical" music world. But my teens were filled with pop music from among many pop artists. But I have always enjoyed and been most impressed with Prince. He was by far one of the most prolific pop artists in American music history. I remember an interview, which were few and far between, when he commented that he has to write a song everyday. He admitted it might not be great or even good every day. But the task of composing everyday was a part of who he was as a person. Dedication to art was definitely something that inspired me. I learned to play some of his songs. I was in a rock band and we even covered a couple songs.

But inspiration, professionalism, practiced talent, and creativity are things that I will take away from my experience of this great music. Even the sad slow songs had energy and even ferocity behind them. I will always love the energy and excitement of his music. I don't like every song, or even every album or movie, but the talent and ability to push the boundaries of rock, pop, soul, R & B, and even some experimental stuff made his sound unique.

I had three incredible opportunities to see him play live. Two were at huge stadium events. But I also had the great privilege to go to a private performance at Paisley Park. I was still in high school in St. Paul, MN. A friend's mom was on a phone tree list of inner circle fans who would get phone calls when prince would announce an impromptu concert for this inner circle. My friend's mother couldn't go and told us we should go! We pulled up to Paisley at 11pm. I could see the purple house off in the distance. The concert was going to be in this giant garage, also purple. We waited in line until 2am. We almost didn't get in. There was a limit of 200 people. But we made it. We then waited for 2 more hours. I sat in a big purple hand shaped chair and then all the sudden people started getting excited. I rushed to the front of the stage area. Prince and the band come out to a great beat being played by the drummer. I recognized the beat. Prince played the iconic opening riff from "Let's Go Crazy." Then he says, "Is that what you wanna hear?"

The crowd screamed. But he said "nah, nah," switches guitars and breaks into the coolest arrangement of Elvis Presley's "Teddy Bear" I have ever heard. It was amazing. For this entire concert, in which I see him play 7 different instruments, I am in arms length of Prince. I've never been a star-struck kind of person. But that night (or very early morning actually) I was blown over!

It was a two hour set without pause of music in varying styles from across his catalog and covers of other people's music. He did play "Purple Rain." He also did some of the real early stuff like "Wanna Be Your Lover" which is a favorite of mine. Again the thing that impressed me the most was the energy, professionalism, talent and obvious genius that came through in his music.


I lament the death of Prince. I am thankful for his inspiration to me as a musician. I know that my energy in the music I make is influenced by the joy I have experienced in this man's work. This is not a eulogy. This is a celebration of inspiration. In his own words, "Nothing Compares 2 U." May he be blessed and the world celebrate his genius and joy!

In the world of very visceral and in-your-face entertainment experiences, popular culture's understanding of an event is significantly different from 35-40 years ago. The 1970s were the last big blast of choirs being a cultural force in most people's every day lives. I grew up in a choir director's home, so my view is a bit jaded. I think the world revolves around choirs and singing. And I wish that was more of a reality for most people. But the truth is choral concerts are a peculiarity in the world of entertainment. However, the challenge that faces all performance organizations, choral or not, is that the community must still rally around the organization for it to be successful. Today that means when people attend a concert it has to somehow give back to the community beyond simply being excellent music in the atmosphere. How do I reach out? Well events like tomorrow's (or today's if your reading this on Thursday, April 14) InChoir community sing. We are inviting the community into our process. How do we as singers/ performers/ musicians approach the world? How do we come into a "connectedness" with each other and how do we bring that connection to the greater public? We reach out, to invite in. We prepare for concerts more like they are community experiences than formal gatherings with few social connections being made. Now this final concert on our season "Song My Mother Taught Me" is in most ways a "traditional" concert experience. But it is an event that brings a message. I am working towards it being a concert of hope, expectation, and joy. But this doesn't happen without effort. I am so excited to conclude this season of Choral music with some great works, Ludwig Beethoven's "Choral Fantasy" and Johannes Brahms' "Requiem." Tomorrow, at the InChoir event, I will expound upon the deeper meaning and purpose of these pieces. I feel that they are filled with grand hopes, songs to remove fear and anxiety, songs of peace. This is often what our community is looking for. Culture pushes us to react. I hope this concert asks us to connect and respond, and not react. Maybe I am overly optimistic about what a concert can do for a soul, but I prefer the optimism over fear.

For our final concert I have decided to write what are commonly referred to as concert notes. Many classical music fans know these 1 page writings by conductors and music leaders often talk about the break down and make up of the music that is heard on the concert. I find those very enlightening. But what really excites me is when these individuals clearly express their joy and excitement for the music with personal connections or stories related to the performance I am about to hear. So here is my second paragraph (this is a draft) of the "notes" I will be sharing in our program for our concert on May 13, 7:30pm at St. Mark's on the Campus in Lincoln, NE.

Families are complicated collections of individuals. The Lincoln Choral Artists are no exception. Our mission is to serve the community “Lincoln Family” by providing an excellent music experience for our audiences and members. This takes effort, commitment, and perseverance. I’m reminded of a great moment in Aaron Sorkin’s West Wing. The US Poet Laureate says “An artist's job is to captivate you for however long we've asked for your attention. If we stumble into truth, we got lucky. And I don't get to decide what truth is.” We can’t pretend that world doesn’t exist and that fear and pain are not a part of living in community, living in family. But there is hope, joy, promise, and love that can help us endure as individuals in a community, a family.