We Are Not Streambait Pop: Live Choral Music as an antidote to the monotony of streaming

I listen to a plethora of podcasts including "If Then" from Slate. If/Then This is a technology show, but often is more about culture and politics. It always relates things from the tech world to other events in the news and culture. There is segment called "don't close my tab" where they discuss a particularly interesting item or article from the web. 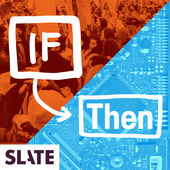 Today's episode featured a discussion on a post called "Streambait Pop." Basically, what it says is that the homogenization of streamed music on Spotify is a real thing. streambait-pop-pelly

From my perspective this is NOT news. Pop music from any source, weather it be radio, MTV (in the 90s), actual record stores like Virgin (gone!), or even that time when we were all sharing illegal downloads in zip files, always has a stench of homogenization. 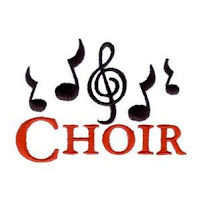 That's kinda the point. It's the most popular to the most people. It is going to be the lowest common denominator in music . It's not going to challenge or necessarily inspire you. It is not the same as seeing the band live! I've got an antidote.
Support Choral Music in your community!!

Guess what? You still might hear your favorite pop song. You will definitely hear something you don't know or at least a performance of a song by someone you have never heard do it quite that way.

Tonight, LCA has a concert where we are doing just this. We are challenging the holiday concert goer. We are stretching the boundary of what a holiday concert can be. Not with flashy lights and pyro. (Even thought that's pretty cool, thanks Chip!) Not with simply singing the most popular Christmas and holiday songs. But by offering beautiful live music in a gorgeous space with two great choirs and a great organist. You won't find this concert on Spotify or Apple Music. You might find the songs. But you won't experience sharing the music with friends or family.
Come tonight! See and Hear!

The Lincoln Choral Artists present
A Renaissance Christmas of Hope and Expectationwith Dulces VocesThursday, December 13, 20187:30 pmWestminster Presbyterian Church2110 Sheridan BlvdCelebrate the hope of the season with a Renaissance Christmas concert featuring a program to uplift throughout the ages. Featuring special guest a cappella choir Dulces Voces and organist John Ross.