I am once again so pleased to offer a guest blog post from an LCA Singer and our Bass Section Leader, John Lee. I hope you enjoy this post! Thank you John.

A couple weeks ago Martha [John's wife] and I went to the Willie Nelson concert, with Alison Krauss, at Pinewood Bowl [in Lincoln, NE]. What a wonderful Saturday evening under the stars!

Alison led off with her beautiful voice, singing “River in the Rain,” which we sang a few years ago when we did the music of Roger Miller’s “Big River.” She continued with a number of songs she has written, such as “Down to the River to Pray” and “I’ll Fly Away” from “O Brother, Where Art Thou,” and at least one of Willie’s songs, “Angel Flying Too Close to the Ground.” 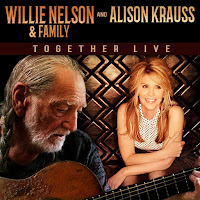 Then Willie and his band came out and performed for more than an hour of this own songs, leading off with “Whiskey River” and on through “Blue Eyes Cryin’ in the Rain” with shout-outs to pals Merle Haggard ("Pancho and Lefty”) and Johnny Cash (“Folsom Prison Blues”). Willie was showing some difficulty breathing, but inviting the audience to sing along on familiar hits like “On the Road Again” and “Mammas, Don’t Let Your Babies Grow Up to Be Cowboys” let him rest his voice a bit.
What struck me most was that Willie is still singing – and packing the house – at the age of 86! With his “little sister” (age 88) on the piano! That tells me I still have a few years that I can enjoy singing with the Lincoln Choral Artists – and elsewhere. No, I’ve no aspirations to do Pinewood Bowl – unless it’s with LCA! But in my 30 years or so singing with Lincoln Choral Artists I’ve sung at the Lied Center and Lincoln Center (New York) and Holland Center (Omaha) and many other venues – even the Royal Grove! I’ve told this choir before about my decision, as a junior in high school, to give up trying to play football and concentrate on music. I never would have gotten to New York playing football! 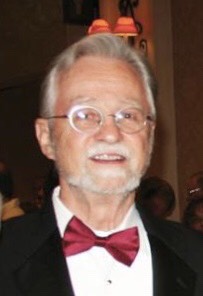 Music is something you can continue to do your whole life. I’m looking forward to starting the next LCA season!